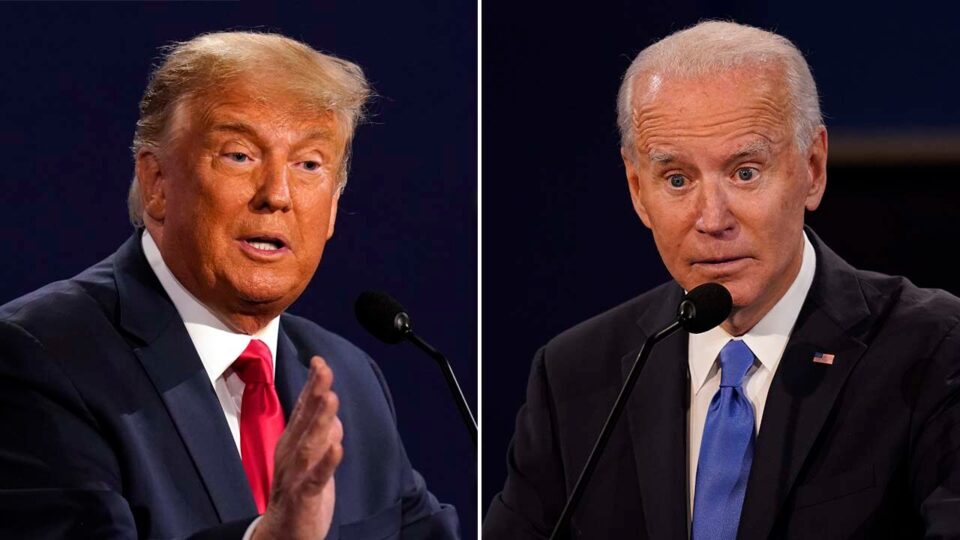 Democratic nominee Joe Biden called attacks on a candidate’s family “crass” during an interview with “Pod Save America” published Saturday.

Podcast host Dan Pfeiffer asked Biden why he has not brought up President Trump’s own children and made the case that they have financially benefitted from his presidency.

President Trump and Biden clashed over alleged foreign financial entanglements in the final presidential debate on Thursday night, as Trump questioned Hunter Biden’s overseas business ventures and accused the former vice president of benefiting from them.

“I just think it’s crass,” Biden said Saturday. “I’m running against Donald Trump, not his children. And the American people want to hear about their families. Not about Trump’s family or my family, although I’m very proud of my family.”

Work that Hunter Biden did as a board member for Burisma, a Ukrainian energy company, has come under renewed scrutiny this month after The New York Post reported on emails recovered from a laptop purportedly belonging to him. The contents of the laptop were shared with the Post by Trump attorney Rudy Giuliani.

The younger Biden’s work with Burisma was at the heart of Trump’s impeachment earlier this year on allegations he improperly conditioned delivery of U.S. aid to Ukraine on an announcement that the country’s government was investigating the Bidens. The Republican-led Senate voted to acquit the president.

Trump said Tuesday said Attorney General William Barr needs to “appoint somebody” to investigate the laptop’s contents after nearly a dozen House Republicans urged him to tap a special counsel for that purpose.

The president also brought up the laptop during Thursday night’s debate with Biden, referring to “horrible e-mails,” and the former vice president dismissed the claims.

“I have not taken a penny from any foreign source ever in my life,” Biden responded at the debate.

see next steps in the impeachment process |…

Can Rudy Giuliani be disbarred for election lawsuits?

Biden to face test over access to sensitive information as he inherits...

Giving thanks for a miserable year