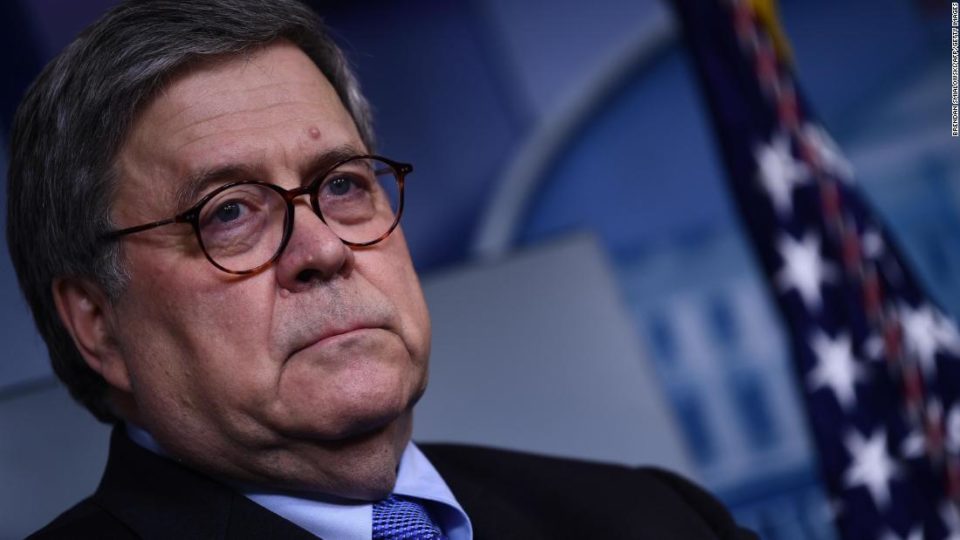 Tuesday’s appearance on Capitol Hill will be Barr’s first before the House Judiciary Committee, where the panel’s Democrats have accused Barr of a litany of offenses and raised the specter of impeachment. Democrats on the House Judiciary Committee have long been angling for Barr to appear before them after a no-show last year and previous dates this year were scuttled by the coronavirus pandemic. And his appearance comes as controversial episodes at the Justice Department have mounted, including Barr’s personal intrusion into the prosecutions of two allies of President Donald Trump, and his move last month to oust a prominent and powerful US attorney.

They have a long list of grievances they plan to press Barr on beyond that, from his initial characterization of former special counsel Robert Mueller’s report to the Justice Department’s use of force against protestors to Barr’s threats to state and local officials over their handling of Covid-19. A Democratic committee counsel told reporters Monday that Democratic lawmakers will seek to paint Barr as repeatedly overruling career staff to serve the President’s interests first.

Barr is preparing to fire right back at Democrats, in what could become a combative hearing. In his prepared opening remarks provided to CNN, Barr accuses Democrats of seeking to discredit him because of his investigation into the origins of the FBI’s Russia probe. Barr said in his opening statement that Trump “has not attempted to interfere” in criminal decisions he’s made.

“Ever since I made it clear that I was going to do everything I could to get to the bottom of the grave abuses involved in the bogus ‘Russiagate’ scandal, many of the Democrats on this Committee have attempted to discredit me by conjuring up a narrative that I am simply the President’s factotum who disposes of criminal cases according to his instructions. Judging from the letter inviting me to this hearing, that appears to be your agenda today,” Barr says in his written remarks.

Nadler, a Democrat from New York, is investigating several of Barr’s actions and had threatened to subpoena the attorney general before they agreed on Tuesday’s appearance. Last month, after Trump had Barr fire the US attorney in Manhattan who had been overseeing an investigation into the President’s personal lawyer Rudy Giuliani, Nadler suggested that his committee might attempt to impeach Barr, though he also called pursuing it a “waste of time” and House Speaker Nancy Pelosi has tamped down talk of impeachment.

Pelosi said in an MSNBC interview on Monday that Barr was “there to protect Donald Trump. He’s not there as the attorney general of the people of the United States.”

Republican lawmakers have a whole different set of issues they’re eager to discuss with Barr related to the FBI’s actions in the Russia investigation, which Barr has tapped US Attorney John Durham to investigate. Republicans are likely to ask Barr for an update on the Durham probe and the recent set of documents he declassified related to the origins of the FBI’s Russia investigation — while pushing back on Democrats charges of corruption and misconduct.

“The thing that scares them about Bill Barr is this investigation he’s tasked John Durham to complete. … They’re afraid of what that might show,” Rep. Jim Jordan of Ohio, the committee’s top Republican, said in a Fox News interview earlier this month. “Now they have the audacity to criticize Bill Barr, who’s trying to clean all this up and get to the bottom of it — it’s completely ridiculous.”

Barr has never appeared before the House Judiciary Committee — either while attorney general in the George H.W. Bush administration or since his February 2019 Senate confirmation. He last appeared on Capitol Hill before the Senate Judiciary Committee in May 2019, when he defended his decision-making in the rollout of the special counsel report, which Democrats charge skewed Mueller’s findings. More than one year removed, the Mueller saga will be just one topic for Tuesday’s hearing, as Democrats move to probe a host of new scandals in the attorney general’s orbit.

In February, Barr clawed back a sentencing recommendation that career prosecutors in Washington, DC, had requested for Roger Stone, the longtime friend of Trump convicted by a jury of charges including lying to Congress and witness tampering, arguing it was too stiff. In May, the Justice Department said it would drop the charges against Michael Flynn, Trump’s first national security adviser whose guilty plea had been secured by Mueller’s team, after an internal review initiated by Barr turned up evidence the attorney general said showed the investigators had built an improper case.

More recently, Barr’s hand in the administration’s crackdown on the protests across the country that followed George Floyd’s killing in May have generated outrage from Democrats. Barr played a central role in the decision to forcibly disperse a peaceful demonstration at Lafayette Square in June ahead of a staged walk through the park by Trump. And the Justice Department has also dispatched some federal officers to Portland, Oregon, where rioters have clashed with authorities nightly outside a complex of federal buildings.

Barr said in his opening statement that “what unfolds nightly around the courthouse cannot reasonably be called a protest; it is, by any objective measure, an assault on the government of the United States.”

Barr calls the killing of Floyd “horrible” and says it “understandably jarred the whole country and forced us to reflect on longstanding issues in our nation.” He continues, however, by recounting the ways that policing in America has changed since “the Civil Rights movement finally succeeded in tearing down the Jim Crow edifice.”

He acknowledges that the Black community feels they are treated unfairly by police and calls the concern “legitimate,” but he rejects the idea of “deep-seated racism” within police departments.

Several other issues could also be raised, like the Justice Department’s involvement in the handling of last year’s Ukraine whistleblower complaint, the surge of federal law enforcement officers to cities like Chicago experiencing a spike in violent crime, Barr’s comments on mail-in voting and voting rights and his April statement that the Justice Department might take action against states or cities that issue “overbearing” orders to respond to the spread of coronavirus.

Nadler, meanwhile, has held hearings on the politicization of the Justice Department and brought in high-profile witnesses.

In private testimony earlier this month, Geoffrey Berman, the former Manhattan US attorney fired last month following the standoff with Barr, told lawmakers how Barr had initially made an “unprecedented, unnecessary and unexplained” proposal to move him out of office. And in June, two current Justice Department prosecutors that Nadler had billed as “whistleblowers” testified about pressure from Barr on sensitive matters at the agency, including the Stone prosecution and anti-trust investigations into the cannabis industry.
The committee has also lined up a witness who filed a whistleblower complaint with the Justice Department inspector general to testify about the Justice Department’s handling of the Walmart investigation, CNN has reported.

This story has been updated with additional developments Tuesday.

The Popularity of Val Demings

Who will Biden pick? Democratic lawmakers weigh in on possible VP picks

Ukrainian who made appearance in Trump impeachment saga accused by U.S. of...

Vindman decries Trump efforts to undermine ‘foundations of our democracy’