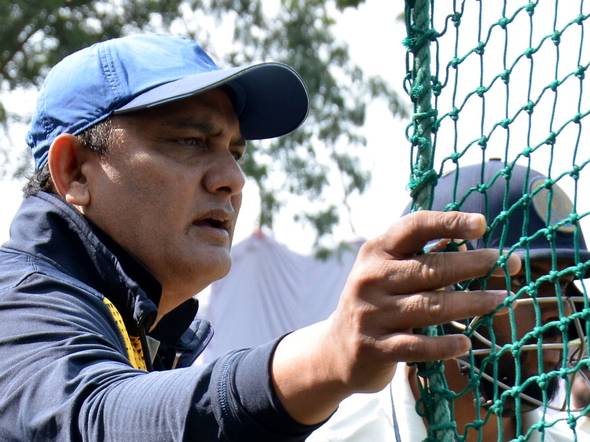 Hyderabad Cricket Association president Mohammad Azharuddin said that he was in control of the association. He alleged that the members of the Apex Council who formed a coterie to issue a showcause notice and suspend him are all tainted.

“This Council has no right to take any action against me. I am the Constitutional Head of the Association and no one can even impeach me,” Azhar informed the media responding to the showcause notice served to him on Tuesday.

“These members of Apex Council are charge-sheeted in the ACB case and are only indulging in illegal activities and no one can question my integrity in any aspect of administration,” Azhar said.

“Majority also means doing the right things. Most of them are owners of multiple clubs and are functioning in violation of the rules and guidelines of the HCA. Moreover, there is no way I am going to have any compromise with this group. Only if you do the right things, then only I can think,” he said.

“I will not be cowed down by the blackmailing tactics of these Council members. And, if things are not set right now, it will never happen in the HCA. I am not boasting about myself but only highlighting the grim scenario now,” he explained.

“Yes, if needed, I am ready to fight the elections but the issue is ensuring corrupt-free functioning of the association and for the good of the game,” Azhar said accompanied by former Ranji cricketer Vanka Pratap and the HCA selector Imran Mehmood. I am elected by the General Body of the HCA and they cannot ban me,” he said.

“I question why only these members are continuing to be the office-bearers in the HCA for the last 25 years without giving a chance to others. I also question where are the BCCI funds given to the HCA in the last 25 years. How many cricket stadia are there exclusively for HCA except Gymkhana and the Rajiv Gandhi Stadium,” Azhar said.

“I am here because I want the game to be administered in a proper way and since I am questioning the irregularities like the secretary’s daughter being appointed observer of the state under-19 team, they are opposing me,” he said.

Azhar admitted that he had instructed the Canara Bank (where HCA has an account) to stop financial transactions since he wanted the funds to be utilised properly. He also said that there is nothing wrong with him being associated
with the Dubai T10 tournament. “If the BCCI has any objections, then I will respond accordingly,” he said.

“Well, the next move will be decided by HCA Ombudsman Justice (Retd) Deepak Verma. I am no one to take a call,” he said. “If they don’t respect the Ombudsman, it is their headache. I will take up our issues with the BCCI top brass very soon,” he added.

GOP hands Dems a new line of attack: They’re for ‘Trump over the cops’