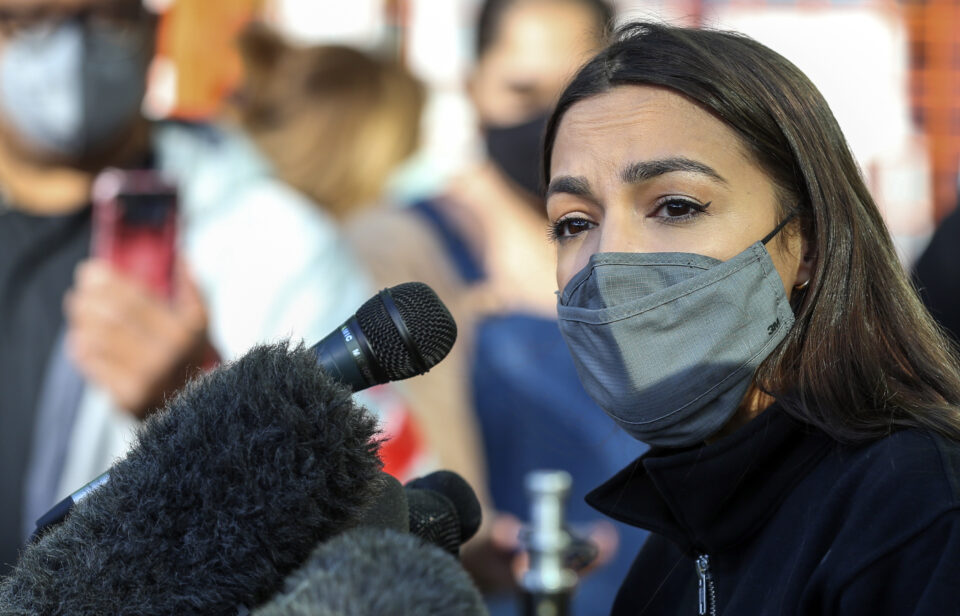 Alexandria Ocasio-Cortez has reiterated her call for an independent investigation into New York’s Democratic Governor Andrew Cuomo over allegations of sexual harassment and that he covered up thousands of COVID-19 deaths in the state, after more allegations emerged over the weekend.

The Democratic New York representative was speaking on The Mehdi Hasan Show on Peacock TV on Sunday night.

Cuomo, 63, who has been governor of New York for more than a decade, has been under pressure for allegations of sexual assault, bullying, and the Democratic Party is scrutinizing him for allegedly hiding the true number of COVID-related deaths in state care homes.

Over the weekend, a second former aide of Cuomo’s came forward with accusations that he sexually harassed her.

Charlotte Bennett, a health policy adviser to Cuomo until November, told The New York Times that he had harassed her last year. Another former aide, Lindsey Boylan, has also accused the governor of sexual harassment.

On his talk show, Hasan asked Ocasio-Cortez at what point does Cuomo’s behaviour become “untenable.”

“I have called for the full investigation into the nursing home crisis and I’ve also called for a full independent investigation—and by that, I mean an investigator that is appointed by the attorney general and not the governor’s office—into these sexual assault allegations,” Ocasio-Cortez said.

“I think if these investigations bear out and if the details of these allegations are true—as well as deliberate misconduct in these nursing home numbers—it really starts to call into question the leadership that we currently have,” she said.

“I think this is not an easy conversation or decision by any means and that is why we also look towards our state legislator’s leadership here in the state of New York with state Senate Majority Leader Andrea Stewart-Cousins and our Assembly leader Carl Heastie.”

Asked whether she was ruling out impeachment or calling for Cuomo to resign if the allegations are true, she said: “I don’t think we rule anything out in either direction until we get the full facts of the situation.”

On Saturday, Bennett, 25, told the The Times that the governor had asked her many questions about her private life, including whether she thought that age made a difference in romantic relationships. She said Cuomo said he was open to being in relationships with women in their 20s.

“I understood that the governor wanted to sleep with me, and felt horribly uncomfortable and scared and was wondering how I was going to get out of it and assumed it was the end of my job,” she told the newspaper.

In a statement released later on Saturday, Cuomo said he believed he had been acting as a mentor to Bennett and had “never made advances toward Ms. Bennett, nor did I ever intend to act in any way that was inappropriate.”

“The last thing I would ever have wanted was to make her feel any of the things that are being reported,” he said.

On February 24, Boylan published an essay claiming Cuomo of sexually harassed her, including kissing her on the lips and asking her to play strip poker while on his private jet. In the essay, she also claimed he touched her without consent and frequently made inappropriate comments to her and other women about their appearances. The governor denied the allegations when they first surfaced late last year.

On Sunday, White House Press Secretary Jen Psaki said the accusations of sexual harassment against Cuomo were serious, and that the women should be heard and an independent review should move forward.

Several disclosures in recent weeks have also led to suspicion from both main political parties that Cuomo failed to report thousands of state COVID-19 deaths, despite requests from lawmakers to make all the data available.

After the Democratic state attorney general, Letitia James, released a report on January 28 examining the state’s tally of nursing home residents’ deaths at hospitals, Cuomo’s office then acknowledged the total number of long-term care residents’ deaths is nearly 15,000, up from the 8,500 previously disclosed.

The state health department released records on February 11 showing that more than 9,000 recovering coronavirus patients in New York were discharged from hospitals into nursing homes in the pandemic’s early months—over 40 percent higher than the state previously said.

Old Donald Trump gang getting back together | World