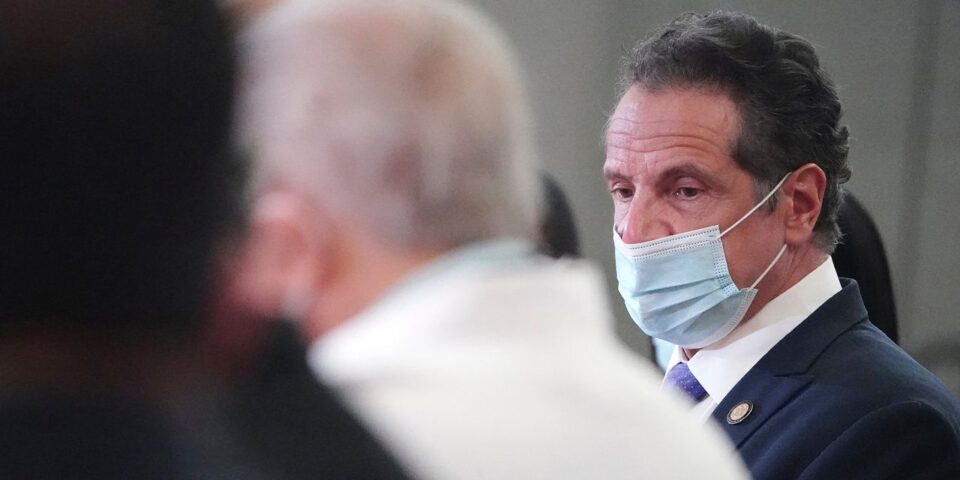 will examine whether official state resources were used to produce the memoir that the Democratic governor published in October, a key state lawmaker said Thursday.

Assemblyman Charles Lavine, a Democrat from Long island who oversees the chamber’s investigation, said those areas remain the inquiry’s primary focus but that it also will examine recent news reports about the production of the book, “American Crisis: Leadership Lessons from the Covid-19 Pandemic.”

Mr. Lavine also said the Assembly had established a hotline for members of the public to provide information relevant to the inquiry.

Mr. Cuomo’s memoir describes the activities of him, his closest aides and family members during the early days of the coronavirus pandemic, which has killed more than 50,000 New Yorkers. Republicans and some Democratic lawmakers criticized the governor for writing the memoir while the pandemic was still ongoing.

Senior aides to the governor reviewed a draft of the book manuscript during weekend sessions at the executive mansion this summer, people familiar with the matter said. Rich Azzopardi, a senior adviser to the governor, said that Mr. Cuomo’s aides volunteered to work on the project and “to the extent an aide printed out a document, it appears incidental.”

“The Executive Mansion is treated differently than other state buildings because it is legally the governor and first family’s personal private residence,” Mr. Azzopardi said in a statement. “Anything that comes with the mansion is available for his personal use. That said, equipment used for media appearances for this project were paid for or provided privately and any staff who volunteered did so on their personal time.”

The New York Times first reported that Mr. Cuomo’s staff had assisted with the book.

State Attorney General Letitia James is also overseeing an investigation into accusations by current and former aides of Mr. Cuomo that he sexually harassed them or acted inappropriately. He has denied touching anyone inappropriately and has apologized if his staff misinterpreted his behavior as unwanted flirtation.

Officials at the state Thruway Authority have said issues with bolts on the Mario M. Cuomo Bridge—which crosses the Hudson River between Westchester and Rockland counties—were resolved years ago and that subsequent inspections found the bridge to be safe.

The governor also has said that his administration is cooperating with a federal inquiry into how it handled Covid-19 deaths in nursing homes.

Judith Mogul, a special counsel to Mr. Cuomo, sought approval for the book on July 10 of last year from the state’s Joint Commission on Public Ethics, according to correspondence reviewed by The Wall Street Journal. State law requires that JCOPE review requests by state officers related to significant outside employment activity.

Ms. Mogul wrote in the letter that the book had two potential publishers. She didn’t name them, but said neither represented a conflict of interest because they didn’t have pending business before the state.

JCOPE deputy general counsel Martin Levine replied to Ms. Mogul on July 17, saying Mr. Cuomo’s request was granted subject to several conditions, according to a copy of the approval letter reviewed by the Journal. One of the conditions stated that “no State property, personnel or other resources may be utilized for activities associated with the book,” the letter said.

JCOPE Commissioner Gary Lavine, who was appointed to JCOPE by state Senate Republicans, said the matter was never discussed or voted on by JCOPE’s commissioners. JCOPE’s board has six seats filled by the governor and eight seats subject to appointment by Republican and Democratic conference leaders in the state Assembly and Senate.

Gary Lavine, who isn’t related to Charles Lavine, said in an interview that the governor’s book deal was approved by the JCOPE staff under an illegal protocol that bypassed commissioners’ review. “I can tell you questions would have been asked—what assistance did the governor have? Where’s the contract for the book? What are the arrangements for monitoring bulk purchases of the book, if there are bulk purchases? But the deliberations were never had,” he said.

JCOPE spokesman Walter McClure declined to comment specifically about Mr. Cuomo’s book, but said commission staff have reviewed and approved requests for outside activity by state officers since 2012. Mr. McClure said the authority to do so was based on existing precedent from previous state ethics agencies that were combined after the creation of JCOPE in 2011.

The governor, his aides and representatives of Penguin Random House, which published the book, have declined to release information on the financial terms of the book deal. Mr. Cuomo’s agent, Robert Barnett, directed all questions to the governor’s office.

Mr. Azzopardi said a significant portion of the income derived from the book would be directed to charity. He said detailed information about the book deal would be released as part of Mr. Cuomo’s required financial disclosure form—which is due to JCOPE in May—and his tax returns, which the governor’s aides make available for inspection after they are filed.