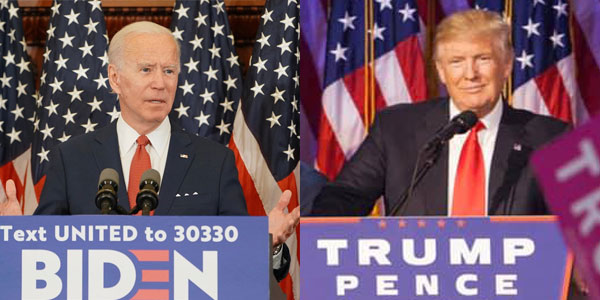 For more than 120 years, Citizens Union has been a non-partisan force for transparency, accountability, honesty, and ethics in New York City and State government.

Founded by private citizens who cared about good government and wanted to call out the corrupt political bosses of the Tammany Hall era, Citizens Union has since made an essential part of its mission to express preferences for state and local candidates who share its values. It’s a kind of non-partisan Good Housekeeping “seal of approval” highly coveted by those seeking elected office in New York.

But never before have we expressed a preference in a U.S. Presidential race. That is, until now.

For the first time in our century-and-a-quarter history, Citizens Union’s board has decided that the stakes in this year’s Presidential race are too high — for New Yorkers and all Americans — to sit on the sidelines.

Whether to do so was the subject of intense board debate. After all, we were considering whether to do something unprecedented for our organization — weigh in on a federal race — when our focus has always been on local and state government. At the end of a lengthy debate, however, our board voted overwhelmingly, with many of us considering this to be the most consequential Presidential race of our lifetimes. But we also committed to follow our customary practice, reaching out to campaigns with questions, affording them the opportunity to be heard by screening committees, and ultimately having the Board vote on a preference, which will come later, before the November election.

How did we get here? I have had the honor of chairing Citizens Union’s board for the past four years. And with each year during the Trump Administration, we have found ourselves increasingly having to speak out on federal issues affecting New York — also a rare, if not unprecedented occurrence for our organization.

First, in August 2017, we felt compelled to denounce President Trump’s characterization of white supremacists and neo-Nazis inciting violence in Charlottesville, Virginia, as “very good people.” In the face of their threats to come to New York City, we said “there is no place for them here in New York,” and we called the President’s comments “repugnant,” “reprehensible” and “wrong.”

Next, in June 2018, we called out our federal government’s “dysfunctional immigration policy” affecting so many in New York City. And we condemned “the appalling lack of leadership” in countenancing “helpless infants” being “stripped from their mothers’ arms at the border and then held, traumatized, in make-shift internment camps.”

Then, in October 2019, we spoke out again about the President’s attempts to discredit and “out” the whistleblower who first reported the Ukrainian incident that resulted in Trump’s impeachment. We noted our organization’s long-standing support of whistleblower protections, said of impeachment that “such an inquiry is not — as President Trump claims — a ‘hoax’ or a ‘coup,'” and urged Trump to stop seeking to “erode public confidence in our democratic institutions.”

And most recently, last month, we once again felt compelled to speak out — this time about the President’s mishandling of two crises (coronavirus and racial justice) that have rocked New York and the nation. We concluded: “The true measure of a leader is one who inspires us to be the best version of ourselves and treat each other with equality, dignity and respect. Now is a time when we crave such leadership.”

Now, our nation is at a crossroads. And the issues that Citizens Union cares most about — transparency, accountability, honesty, and ethics in government — will be front and center in this year’s Presidential race. And Citizens Union will be there, speaking out, expressing its preference, and holding the candidates accountable to show they can lead us through these troubling times.

***
Have an op-ed idea or submission for Gotham Gazette? Email This email address is being protected from spambots. You need JavaScript enabled to view it.