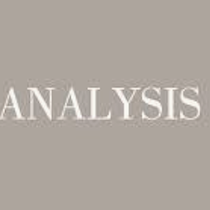 In an unapologetic nod to Courier Journal columnist Joe Gerth, the Kentucky Open Government Coalition presents its first annual Giblet Awards to lawmakers who brought us 2021’s “offal” legislative package and side dishes of secrecy.

As an appetizer, the 2021 Kentucky Impeachment Committee touted a “major change” in its proceedings from impeachment proceedings of the past. Despite claims that its business would not be held “behind closed doors,” the committee conducted almost no discussion of the various impeachment petitions in open session.

In other words, the committee gave only lip service to transparency, convening eight pro forma “open” meetings between January 11 and February 23 — taking roll and approving minutes but immediately retiring to closed session for an estimated 16 hours of secret discussion.

The committee’s proceedings culminated in a 4.5 hour closed session and an announcement that it would recommend to the Committee on Committees that no further action be taken on the Beshear and Cameron impeachment petitions. The committee dismissed the Goforth impeachment petition because a legislator cannot be impeached under existing law — a conclusion based on the only live “expert” testimony of two law school professors.

A summary of its recommendations in the form of a report was released but failed to capture the verbal give and take that yielded the recommendations.

The Impeachment Committee’s “public” proceedings were as much of a waste as the dreaded turkey giblets.

Lawmakers’ cook up a recipe for secrecy

In January, Rep. Chris Freeland (R-Benton) introduced House Bill 273 — a new open records exception for “photographs or videos that depict the death, killing, rape, or sexual assault of a person.”

Freeland’s district includes Marshall County High School — the scene of a deadly 2018 shooting in which two students were murdered. He was motivated, he said, by prosecutors’ concerns that photos and videos introduced in court might fall into the hands of the media or the public, be published, and compound the trauma experienced by the decedents’ family members and surviving victims. He insisted that the exception was only meant to apply to court records.

Nothing could convince him that the open records law has no application to records of the courts — the judiciary having excluded itself in 1978. Nothing could persuade him that the privacy exception — “the foremost exception to the disclosure rule . . . judging by order, if nothing more” — already protects such photos and videos absent a compelling public interest in disclosure.

In the face of overwhelming evidence of the importance of bystander and surveillance video — consider George Floyd, David McAtee, Ahmaud Arbery — Kentucky enacted a new exception that erects an absolute barrier to public access.

Rowland quietly introduced his committee substitute to the original HB 312 — a bill to introduce gender neutral language to statutes relating to financial institutions — and it was shepherded through the House of Representatives in less than 48 hours.

Using the familiar “secret sauce” in the legislator’s recipe book, the committee substitute gutted the original bill. Among other things, the new HB 312:

• established a residency requirement for use of the open records law, narrowly defining the term “resident” until lawmakers could be persuaded to broaden the definition;

• mandated — later amended to “permitted” — the use of a standardized open records request form;

• removed the General Assembly and Legislative Research Commission from the open records laws, narrowly defining legislative records subject to public inspection — most of them already available on the LRC website — and insulating denials of legislative records requests from judicial review.

Lawmakers not only insulated their denials of records requests from judicial review — on the pretext of “protecting” already protected constituent communications — they effectively insulated themselves from public scrutiny. Under the laws that took effect on June 29, the dark underbelly of an agency with an unfortunate history of scandal and corruption will remain a secret.

The two bills were clumsily “piggybacked” into one — SB 48 — on the final day of the 2021 Regular Session.

The bills had one thing in common: Their stated aim was to protect certain public officers — who are perceived to be at risk —  by preventing disclosure of “personally identifiable information” in public records.

They were loosely based on a much narrower New Jersey law that was prompted by the shooting death and wounding of the son and husband of a federal judge on the judge’s doorstep and the false claim that the assailant obtained the judge’s address through an open records request.

SB 48 offered little protection to personally identifiable information that the existing privacy exception to the Open Records Act does not already provide, but no time was devoted to discussing whether there was any need.

Chances are good that lawmakers will be back in 2022 with a rewrite of SB 48. If 2021 is any indicator, chances are even better that they will be back with new bills that do even greater harm to the public’s right to know.

“I know that I will not have a huge say in what the proposed map(s) will look like, but I really feel strongly that it should not be done quickly without public input,” House Minority Floor Leader Joni Jenkins [D-Shively] recently said. “When you’re doing this piece of policy that affects everything for a long time . . . the public has the right to see it, and analyze it, and ask questions and make suggestions.”

Jenkins’s concern is shared by the League of Women Voters of Kentucky which unsuccessfully advocated for legislation that would set up an advisory commission to provide public input on Kentucky’s redistricting process similar to those actually created in other states.

The League “drew its own maps based on 2020 census data” and held forums to gather Kentuckians’ suggestions to send — along with updated proposals — to state lawmakers. 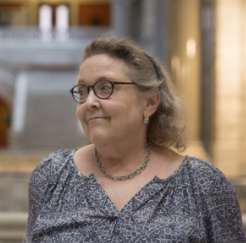 League redistricting chair, Dee Pregliasco, “pointed to that as an example of how the legislature can make its redistricting process more open and transparent,” The Courier Journal reported.

Sen. Damon Thayer (R-Georgetown) countered this criticism, noting that “the legislature has held a few open committee meetings about redistricting and taken public comment, including from the league. He also said the eventual redistricting proposals will have to go through the typical committee review process, so there will be further opportunity for public input.

“However, he emphasized the responsibility for making redistricting decisions falls under the sole purview of the legislature.”

Just yesterday, The Herald-Leader reported that “No proposed maps have been presented to the public as of yet” to the great frustration of the League and many others.

As for the Kentucky Open Government Coalition, we’ve had our fill.

Amye Bensenhaver is a retired assistant attorney general, open government advocate, and blogger for the University of Kentucky Scripps Howard First Amendment Center. Along with Jennifer P. Brown, former editor of the Kentucky New Era and publisher of an online news site in her hometown of Hopkinsville, she helped establish the Kentucky Open Government Coalition to provide a voice for all citizens who support government transparency and accountability.