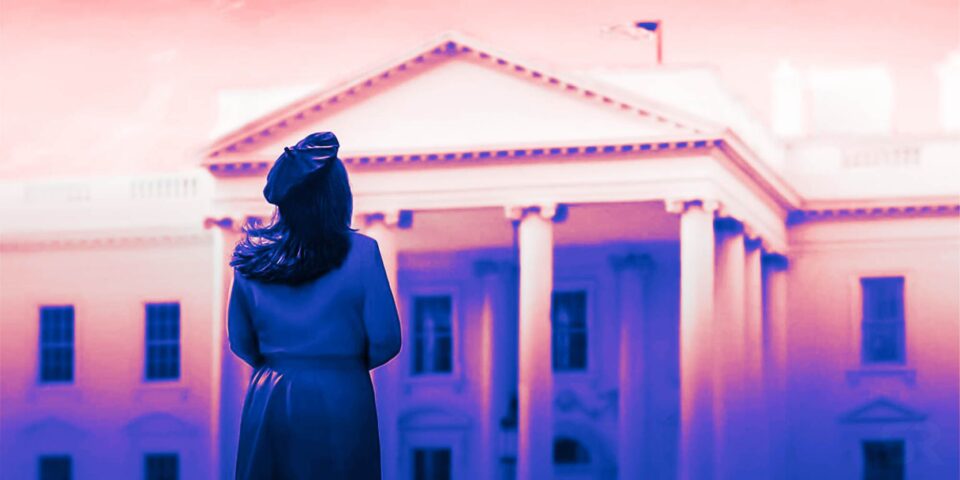 Impeachment: American Crime Story is Ryan Murphy’s newest true-crime drama, but the story may prove to be too political for its own good.

Impeachment: American Crime Story was set up to fail before it even began. Ryan Murphy has become a television powerhouse over the last decade, turning out one successful project after another. From Hollywood to American Horror Story, Murphy has established himself as a content chameleon capable of taking on a wide array of topics. However, Impeachment: American Crime Story, the newest installment in Murphy’s true-crime anthology series, has not performed quite as well as its predecessors. While it is somewhat surprising that Murphy’s popularity wasn’t enough to secure an audience, there are quite a few factors working against the show that have in some ways compromised its success.

Impeachment: American Crime Story documents the real-life political scandal surrounding the sexual relationship between President Bill Clinton and Monica Lewinsky, who was a White House intern at the time. The show centers around several of the women involved in the scandal and the legal proceedings that would follow, focusing chiefly on Lewinsky (played by Booksmart’s Beanie Feldstein) and Linda Tripp (played by American Horror Story alum Sarah Paulson), the woman who supplied hours of taped conversations that incriminated the president, as well as Paula Jones (played by Masters of Sex actress Annaleigh Ashford), the woman who filed the sexual harassment suit that would set Clinton’s impeachment in motion. The series is based on the book A Vast Conspiracy: The Real Story of the Sex Scandal That Nearly Brought Down a President by Jeffrey Toobin, and Monica Lewinsky herself serves as a producer. Lewinsky was also reportedly consulted regularly during the writing of the show’s script.

The show is heavily political, which is unsurprising considering its subject matter, but the contentious politics that were meant to bolster the series’ success may have in fact contributed to its demise. Impeachment: American Crime Story comes at a time of great political turmoil, particularly in the United States, where the divide between liberals and conservatives seems to grow wider with each day that passes. Stories this densely political always run the risk of alienating their viewers, but Impeachment seemed initially like it would be able to use that to its benefit. The show was originally meant to capitalize on the emotion surrounding the second impeachment of Donald Trump, but due to shutdowns and complications amid the pandemic, it was released nearly a year later than intended. Although more than a few shows and movies suffered delays due to the coronavirus, Impeachment’s inability to release on schedule put it in a particularly unfortunate position, turning what seemed would be its greatest asset against itself.

Being nearly a year removed from the 2020 election and even longer since Trump’s second impeachment, the show has certainly lost some of its potency as an avenue for social commentary, forcing it to perform without the free publicity that comes with public outrage. The People vs. OJ Simpson succeeded due to its portrayal of one of the most controversial court cases in American history, one that still entertains discussion regarding the defendant’s proclaimed innocence. Impeachment, however, does not find itself in such an advantageous situation. There is no mystery surrounding the crimes of Bill Clinton, nor is there any doubt of his guilt, which lessens the story’s intrigue. While the show may be an interesting and in-depth look at how impeachment works, with the break-neck pace of the 24-hour news cycle and the general chaos of the world at large, most people have moved on from the topic.

Impeachment Has An Audience Problem

Beyond the issue of interest in the show’s politics, there is also the question of the show’s intended demographic. Murphy’s stories have always leaned toward the left side of the fence, frequently tackling LGBTQ+ issues with shows and movies like Pose and The Boys In The Band, and so his core audience is comprised largely of liberals as a result, which is not quite so ideal for this particular story. Bill and Hillary Clinton are both Democrats, and although Impeachment is the true story of Clinton getting his comeuppance for abusing his power in more ways than one, rightly or wrongly, people don’t often like to root against their own team. Which is certainly not to say that anyone is defending Clinton’s actions, but the show serves as an ugly reminder of a still very prominent party member’s past indiscretions. So getting liberals invested in the story was a tall order, and considering there might not be too many conservatives in Murphy’s fanbase, it is difficult to discern exactly who the show was made for.

Impeachment’s Release On FX Is Also An Issue

Impeachment: American Crime Story is an FX original series, much like many of Ryan Murphy’s upcoming shows. FX is an affiliate network of Fox, making it a sister station to the ultra-right-wing Fox News. Although FX has certainly put out plenty of left-leaning content, especially since being bought by Disney, it is not hard to believe that their parent company may have a vested interest in the show’s demise. Impeachment isn’t directly critical of Trump, but it is clearly meant as a jab at him, if only tangentially, and his supporters have never taken too kindly to criticism. So, while it is unlikely that FX is actively suppressing the show’s success, they don’t exactly have much of an incentive to keep it afloat.

Between the rapidly waning interest in the show’s topic, the country’s ever-expanding political divide, and the lack of an intended demographic, it is easy to see why Impeachment: American Crime Story‘s reviews have been mixed thus far. The show is also one of only a handful in FX’s catalog that doesn’t appear on Hulu the day after it premieres, making it less accessible than most of Murphy’s other works. The show is still available with a cable subscription, but in the age of cord-cutting, it takes a devoted fanbase to make a network show a success, and Impeachment: American Crime Story has failed to do that as of yet. Perhaps the show will have a second life once it eventually makes it onto streaming services, especially given how popular true-crime documentaries tend to be when they can be binged. But as for its life on network television, its fate seems to be all but sealed.

Next: Why American Crime Story Covers Clinton’s Impeachment, Not Trump’s

Ian is a 27 year old from Wisconsin with a lifelong passion for entertainment. Having grown up in music and theater, the ability to work in this industry is a dream come true. Ian enjoys Rick and Marty, Batman, and 63% of Game of Thrones.