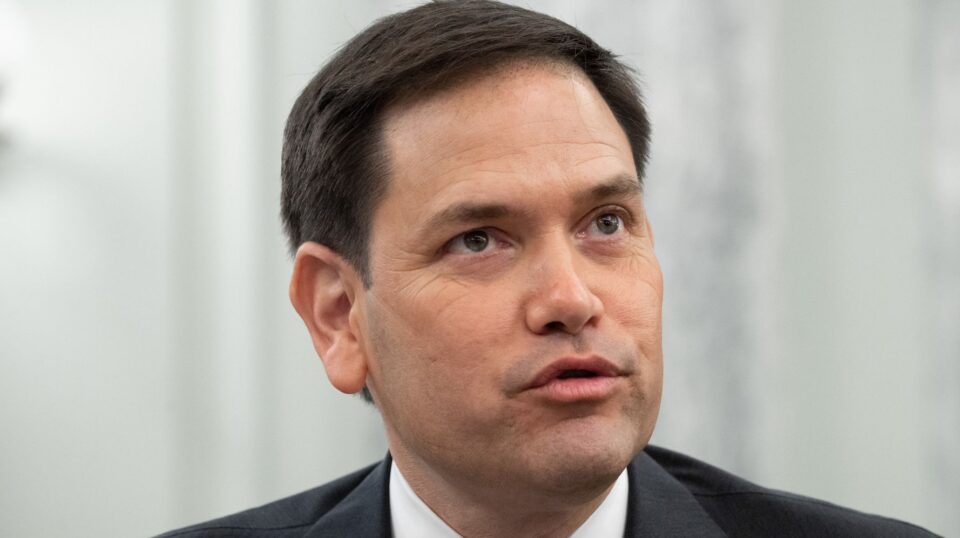 The wife of whistleblower Lt. Col. Alexander Vindman wasn’t having it when Sen. Marco Rubio (R-Fla.) tried to troll President Joe Biden with a Ukraine dig that was completely inaccurate.

Following a report in Politico — that has been denied by the White House — that security assistance to Ukraine had been frozen by the Biden administration, Rubio snarked: “Remember when freezing military aid to Ukraine was an impeachable offense?”

Remember when freezing military aid to Ukraine was an impeachable offense? https://t.co/Ci5FEpHv7j

Rubio may have been joking, but clearly Donald Trump’s impeachment concerned far more than holding up military aid to Ukraine. It involved freezing weapons and aid from the U.S. until Ukraine President Volodymyr Zelensky agreed to do a personal political favor for Trump — launch an investigation into baseless accusations against a political rival. Vindman testified to that during Trump’s impeachment hearings and was later fired from the National Security Council for telling the truth.

“I suspected it was illegal, but I knew immediately that it was wrong and my duty was to report it,” Vindman said in an interview last year.

Rachel Vindman was happy to point out the difference to Rubio.

“Oh no you don’t,” she snapped on Twitter. “What was impeachable was the attempted extortion. You’re so bad at this; you can’t even troll well.”

Oh, no you don’t. What was impeachable was the attempted extortion. You’re so bad at this; you can’t even troll well.

Alexander Vindman also responded, though a bit more gently than his wife.

I understood it was less about the holdup of military aid and more about the quid pro quo extortion, but what do I know? https://t.co/WmG7vdvZyf

Other Rubio critics got into the spirit of Rachel Vindman’s attack. “Bless your little heart,” slyly noted one. To have a “quid pro quo” extortion, you “need a quid AND a quo, not just one of either.”

To have a “quid-pro-quo” you need a quid AND a quo, not just one of either.

Actually, freezing aid is not impeachable. Extorting a foreign country, in order to go after your political rival is the impeachable offense. But you know that & you know your moron audience.

Seems like there is a slight difference between freezing aid if the National Security Council suggests conditions have changed vs. doing it in secret to get dirt on your political opponent. pic.twitter.com/cwBxaqUuoo

No rejoinder yet from Rubio.

Police arrest suspect in fatal shooting of man, 19, in Kalihi