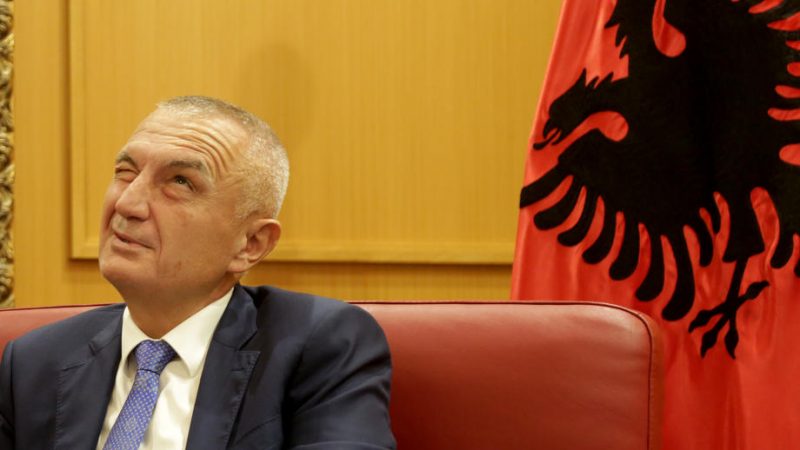 Albania’s parliament has dismissed President Ilir Meta for “serious violations” of the Constitution during the April electoral campaign with 105 MPs in the 140-seat parliament voting in favour of Meta’s dismissal, while seven voted against, and three abstained.

“Ilir Meta has betrayed the mission of the president of […] Albania,” Prime Minister Edi Rama said in his speech before the vote, adding that “Ilir Meta has humiliated the constitution.”

This is the first time in Albania’s history that a president is dismissed by parliament, exit.al reported.

Albania’s presidency is largely ceremonial but carries some authority over the judiciary and the armed forces. The role is also generally understood to be apolitical, but Meta has regularly clashed with Rama’s socialist government.

The EU reacted in a short statement on Wednesday regarding parliament’s decision not to allow the work of the parliamentary sessions.

“Public hearings and access for the media to the Parliament to cover the work of its Plenary and its committees are important features of a liberal democracy. We regret the lack of consultations with the media before the adoption of new rules by the Parliament. These rules are not in response to EU guidance or advice provided under IPA assistance, launched in this context back in 2014,” the statement reads. (Željko Trkanjec | EURACTIV.hr)

Who is Rep. Val Demings

Donald Trump will not be ‘reinstated.’ Don’t buy that baloney