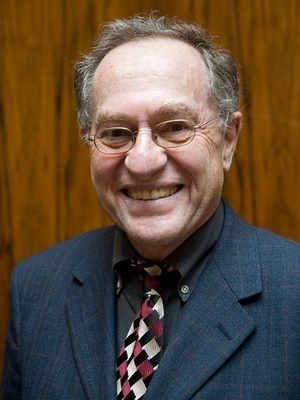 The lawsuit, filed Sept. 15 in Florida federal court, takes issue with the coverage of Dershowitz’s representation of President Donald Trump on Jan. 27 during an impeachment trial.

“(P)laintiff delivered a brief response in which he said that the constitution does not support an impeachment of a president simply because a lawful action taken by a president might have been based in small part to or to some degree on a desire to be re-elected and if the president believes his re-election is in the public interest,” the suit says.

CNN cherry-picked parts of his answers when covering the trial, forgetting to include when Dershowitz said a president could be impeached and removed from office if what he did was “somehow illegal,” regardless of his desire to be re-elected, the suit says.

Instead, his answer was presented as if the president could perform illegal acts as long as he or she did so in order to be re-elected, the suit says.

“Following the airing of that clip over and over again, the hosts, together with their panel guests, including CNN employees and paid commentators, exploded into a one-sided and false narrative that Professor Dershowitz believes and argued that as long as the President believes his re-election is in the public interest, that he could do anything at all – including illegal acts – and be immune from impeachment,” the suit says.

Where QAnon meets Jesus Christ: Inside the “upside-down fantasy world” of Trump rallies

Sharlee Mullins Glenn: Romney brings some welcome honor back to the Senate

‘Too early to tell’ if motion to impeach Supreme Court judge Mr...

Resist Trump worked, thanks to the efforts of many

The hypocrisy about reaction to Trump’s lawsuits | Opinion

Michigan county board approves resolution in support of impeaching Whitmer