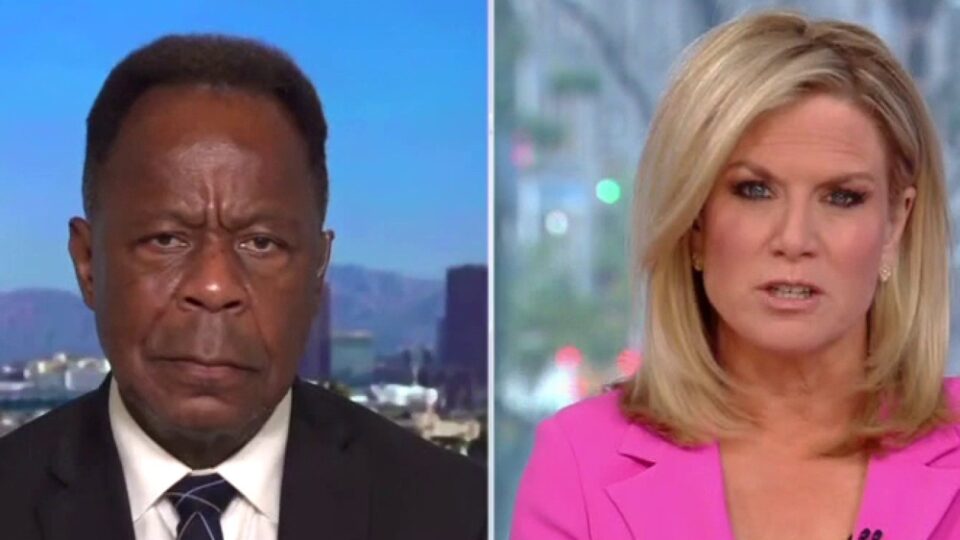 Travis McMichael, the White man who fatally shot Ahmaud Arbery, made a “tactical mistake” in taking the stand at his trial, Fox News contributor Leo Terrell said Thursday on “The Story.”

“The prosecution did an excellent job. This was a mistake for this man to take the witness stand,” Terrell told host Martha MacCallum.

McMichael tearfully testified a day earlier that he shot Arbery, 25, in self-defense after he attacked him and lunged for his gun. On Thursday, however, McMichael admitted that the unarmed Arbery didn’t speak or threaten him before McMichael raised his shotgun. McMichael said he suspected Arbery was a burglar and pursued him through the Satilla Shores, Georgia, neighborhood for five minutes before the fatal encounter.

Travis McMichael speaks from the witness stand during his trial Wednesday, Nov. 17, 2021, in Brunswick, Ga. McMichael, his father Greg McMichael and their neighbor, William “Roddie” Bryan, are charged with the February 2020 death of 25-year-old Ahmaud Arbery. (AP Photo/Stephen B. Morton, Pool)

“Not only was Arbery not a threat because he was trying to avoid McMichael, but he was basically trying to get away from him,” Terrell said of the admission. “And the provocation was the showing of the two guns. It’s unreasonable for him to assume that Arbery was a threat.”

Prosecutors grilled McMichael Thursday on his behavior at the police station after he shot Arbery, an unarmed Black man, in a mostly White Georgia neighborhood. Terrell said what he found most “disturbing” was McMichael’s reaction to questions surrounding his behavior at the police station shortly after the incident, when the prosecutor suggested he was nervous because he’d just shot an unarmed Black man and was worried about going to jail

“The defendant kept claiming what he told the police a couple hours later [that] he didn’t know what he was talking about,” Terrell said, referring to McMichael’s testimony that he was “scared to death” after just killing “a man.”

“Just imagine giving a statement and then trying to retract it in front of a jury,” Terrell said. “I think this defendant made a tactical mistake in testifying because he basically impeached himself by impeaching his own statements that he gave to the police department two hours later.”

McMichael, 35, his father, Greg McMichael, 65, and their neighbor William “Roddie” Bryan, 52, are on trial in Glynn County Superior Court for murder, aggravated assault and false imprisonment.