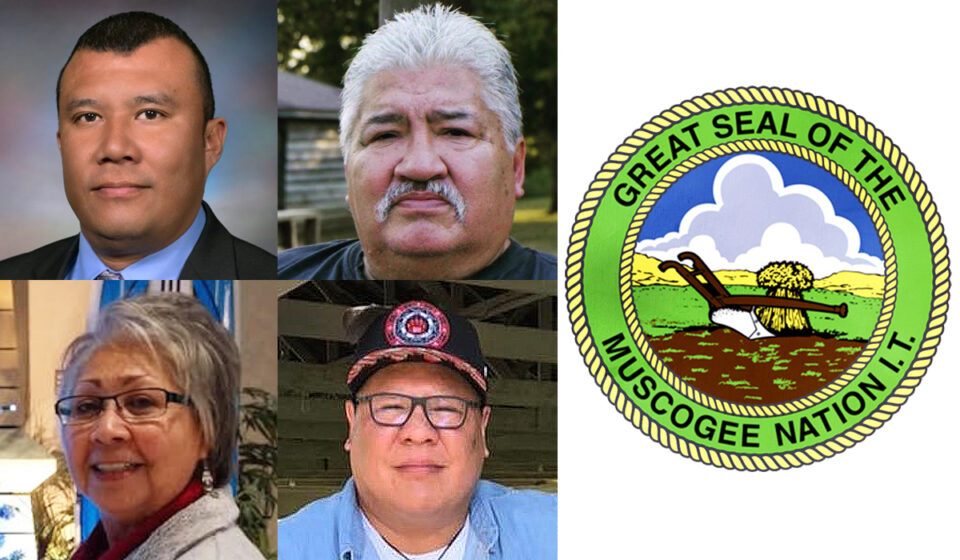 In the Sept. 18 Muscogee Nation primary election, controversial incumbent Travis Scott is taking on three challengers while trying to retain his Okfuskee District B seat.

Scott is seeking his fourth term in Okfuskee District B, however, he is currently facing accusations in regards to alleged illegal transactions of more than $107,500 between his private business and Muscogee Nation business entities, which is prohibited as a sitting Council representative.

In May, the issue led to Scott being expelled from his duties as a Council representative. An impeachment session was held Aug. 12, where a directive, which details the allegations against Scott, was approved by a 14-0 vote.

On Sept. 2, a decision and order was released by Stacy Leeds, district judge of the Muscogee Creek Nation. The court decision undid the Council’s decision to expel Scott. The order stated:

The Okfuskee District covers Okfuskee County and includes the cities of Okemah and Weleetka.

This year’s Council elections mark the first election cycle since the U.S. Supreme Court affirmed existence of the Muscogee Reservation in July 2020, a decision with ramifications that tribal leaders are working to implement.

Below is a look at the candidates running for the Okfuskee District B seat. The following information was gathered from publicly available sources, and candidates are presented in alphabetical order, with recorded candidate interviews conducted by Mvskoke Media embedded when available as well.

Profession: A lifelong resident of the Okemah area, Deere serves as the director of social services for Alabama-Quassarte Tribal Town.

Experience: Deere has no prior political experience. He previously served with Muscogee Nation Indian Child Welfare, and is active in community involvement, which is detailed on his website.

Platform: Deere said in a Zoom interview that one of his main platform points is helping Muscogee Nation citizens who reside outside of the Muscogee Nation boundaries, and what he calls the “gray area.” The gray area refers to smaller, typically overlooked communities that do not have easy access to tribal resources.

The top of Deere’s campaign website says, “Let’s save our language and sovereignty. All Mvskoke people matter.” Deere is fluent in the Mvskoke language.

Profession: Golden retired five years ago, but she currently serves on the Deep Fork Community Action board, among other elements of community involvement.

Experience: According to a graphic on Golden’s Facebook page, she previously served two terms on the Muscogee National Council and has “over 30 years (of) work experience in administration and planning.”

Platform: In an interview with Mvksoke Media, Golden referred to a lack of resources and short-staffing of services within the Okfuskee District. Golden primarily spoke about bringing more resources into Okfuskee, rather than adding resources to already thriving areas.

“South of I-40, we just don’t exist. I keep telling people we’re Baja Creek Nation,” Golden told Mvskoke Media. “For example, they just bought the Oak facility in Tulsa. We have a health facility in Wetumka that’s not up and running full staff. Why didn’t we put the money over there? We have a big new hospital in Okemah, but it’s not fully staffed. (…) Why? Why are we moving to Tulsa and Jenks when we have a lot of need here?”

Profession: Scott is the incumbent representative on the Muscogee National Council for the Okfuskee District B seat. He owns Scott Native Products, doing business as Parks Brothers Ace Hardware.

Experience: Re-elected in 2017, Scott is finishing his third term in office.

Platform: In the Aug. 15 edition of the Mvskoke News, Scott said he “seeks re-election to bring consistency and equality amongst our branches of government. The citizens deserve leaders not followers to help promote the welfare and future of this great Nation. All citizens regardless of residency and blood quantum deserve the opportunity to have influence on decisions made for future.”

In an interview with Mvskoke Media, he discussed those accusations in great detail, saying there were no contractual agreements between his business and Muscogee Nation business entities and that his business only acted “on a daily basis, on an open account status.”

“We solely operated open and freely, like the law says,” Scott told Mvskoke Media. “Cause that’s the exception to the rule. As long as you operate like the government does, open and freely, you’re able to do that, and that’s what we’ve done.”

Scott later mentioned that the allegations date back to January 2018, which would have been under Chief James Floyd’s administration. Scott said the attorney general at the time — Kevin Dellinger — determined there was “no conflict” as Scott’s business operated “open and freely.”

“Once Chief (David) Hill had got into office, this becomes a problem,” Scott said, adding that he is Hill’s son-in-law.

Links: Scott does not appear to maintain an online presence.

Profession: Wind is a tribal administrator for Alabama-Quassarte Tribal Town.

Experience: Wind has no prior political experience.

Platform: In an interview with Mvskoke Media, Wind said his main platform points deal with COVID-19 and taxation. He said he’d like to see some action from the council in regards to program funding from the American Rescue Plan funding. Wind says one of the first legislative pieces he would propose if elected is what he calls the “At-large ARPA assistance program”.

“Those funds were given to us based off head count. There is no jurisdictional boundaries with those funds,” Wind said. “We could be helping those at-large citizens right away.”