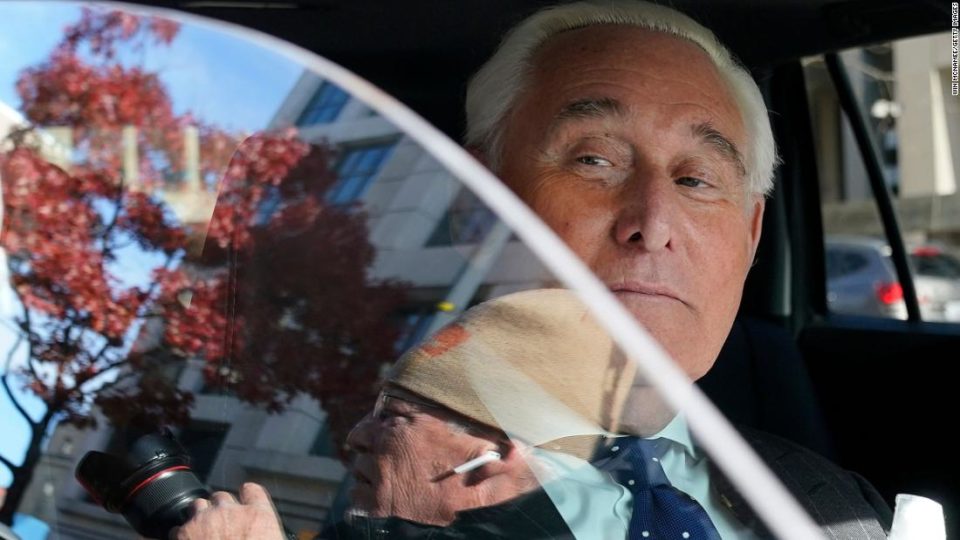 Aaron Zelinsky, a member of Mueller’s team who prosecuted the Stone case, submitted written testimony charging that Stone was “being treated differently from any other defendant because of his relationship to the President.”

“What I saw was the Department of Justice exerting significant pressure on the line prosecutors in the case to obscure the correct Sentencing Guidelines calculation to which Roger Stone was subject — and to water down and in some cases outright distort the events that transpired in his trial and the criminal conduct that gave rise to his conviction,” Zelinsky said in his written statement.

Zelinsky, currently a prosecutor in the Maryland US Attorney’s Office, is testifying before the House Judiciary Committee on Wednesday at a hearing on the politicization of the Justice Department under Attorney General William Barr. Zelinsky is appearing alongside John Elias, a career staffer in DOJ’s Antitrust Division who is accusing Barr of ordering investigations into 10 mergers of cannabis companies because he did not like the industry.

The allegations leveled against Barr from two current employees in the Justice Department are one sign of how politicized Barr’s decision-making has become within the ranks of career officials. The hearing comes as the DOJ and Trump are facing criticism for the firing of Geoffrey Berman, the US Attorney for the Southern District of New York, which has pursued Trump and his allies. Berman initially refused to resign before agreeing to step aside after he was fired by Trump and Barr over the weekend.

House Judiciary Chairman Jerry Nadler, a Democrat from New York, is planning to issue a subpoena for Barr’s testimony next week, though it’s unclear that Barr would testify. The committee has also invited Berman to testify.

“We’ve seen a pattern of … Barr corruptly impeding all these investigations, so this is just more of the same,” Nadler said on CNN’s “State of the Union,” though he argued trying to impeach Barr would be a “waste of time” because of the Republican-led Senate.

In a statement, Justice Department spokeswoman Kerri Kupec said Barr decided the sentence proposed was “excessive and inconsistent with similar cases” and again denied the attorney general spoke with Trump about the decision.

“Notably, Mr. Zelinsky, a line prosecutor, did not have any discussion with the Attorney General, the U.S. Attorney, or any other member of political leadership at the Department about the sentencing; instead, Mr. Zelinksy’s allegations concerning the U.S. Attorney’s motivation are based on his own interpretation of events and hearsay (at best), not first-hand knowledge,” Kupec said.

Zelinsky took Stone’s case to trial, and was one of four prosecutors to quit the case after Barr softened the sentencing recommendation for Stone below the seven-to-nine years prosecutors initially sought.

“I was told that the Acting U.S. Attorney for the District of Columbia, Timothy Shea, was receiving heavy pressure from the highest levels of the Department of Justice to cut Stone a break, and that the U.S. Attorney’s sentencing instructions to us were based on political considerations,” Zelinsky said in his written statement. “I was also told that the acting U.S. Attorney was giving Stone such unprecedentedly favorable treatment because he was ‘afraid of the President.'”

Wednesday’s testimony will put Zelinsky in the rare position of a member of Mueller’s team having to publicly defend their work, which has come under attack from Barr and congressional Republicans over the origins of the FBI’s Russia investigation. Jonathan Kravis, a Stone prosecutor who left DOJ over its handling of the Stone case, wrote a Washington Post op-ed in May criticizing the Justice Department after it dropped charges secured by Mueller’s team against Trump’s first national security adviser Michael Flynn.

Elias plans to testify that Barr had a hand in pushing the Antitrust Division to undertake 10 investigations into cannabis industry mergers, which he says made up 29% of the division’s full-review merger investigations. Elias wrote that career staff recommended against the investigations, which included burdensome subpoenas, but said they were overruled by Barr.

“Rejecting the analysis of career staff, Attorney General Barr ordered the Antitrust Division to issue Second Request subpoenas,” Elias wrote. “The rationale for doing so centered not on an antitrust analysis, but because he did not like the nature of their underlying business.”

In his statement, Elias said that he had “undertaken whistleblower activity” and was appearing “because I recognize the imperative for law enforcers to operate even-handedly and in good faith.”

This story has been updated with additional developments Tuesday.

CNN’s Evan Perez and Katelyn Polantz contributed to this report.

White House and Pentagon Clash Over Hiring of Controversial Aide

Balter on rematch with Katko: What I’ll do differently this time