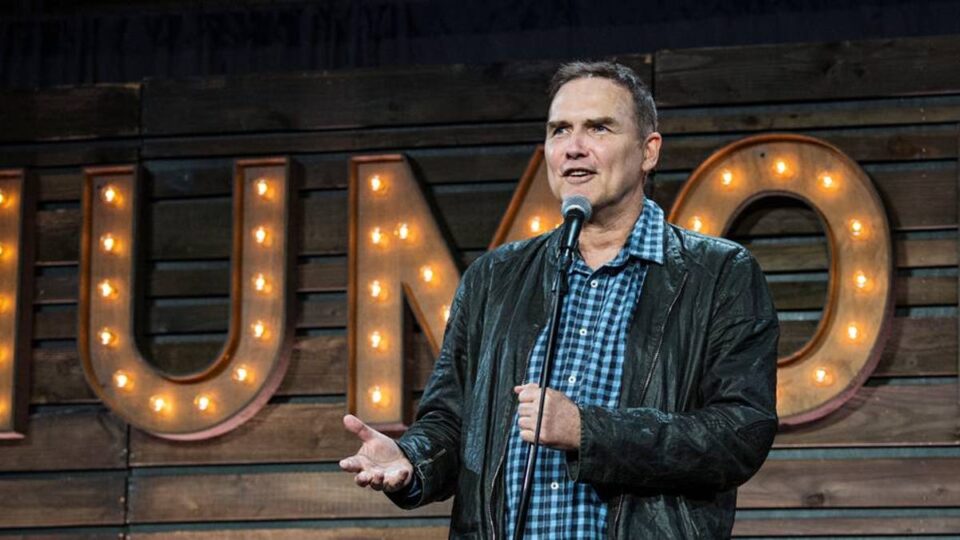 It really says a lot about a comedian’s integrity for the craft when he’s willing to lose his job for the sake of a good joke.

Or maybe it just makes him a madman.

For Norm Macdonald, it was his gig on “Saturday Night Live,” when it happened, during what’s considered by many to be the show’s best era during the 1990s.

As host of the regular “Weekend Update” segment, in 1997 Macdonald was told by NBC executives to stop making jokes about O.J. Simpson, otherwise he’d get the boot.

As someone in such a position, he could have listened to the higher ups, realizing he was about lose a prime spot on one of the most high-profile shows of all time. Instead, he followed his comedic instincts and did the O.J. joke anyway, thus sealing his fate to never be back, at least until he was invited to return a year later as host in 1999.

Like just about everyone else who heard news of Macdonald’s death this week, I was absolutely shocked, and at first thought it was a typical “Norm” joke he was trying to pull on everyone. But then more and more news articles surfaced, Twitter was abuzz with comedians and former SNL cast members sharing tributes. It soon became apparent this wasn’t a joke after all, and that the world had just lost one of the funniest people, one of the few remaining “real comics” who pushed the limits as to what can, and should, be joked about.

Then there was the time he was asked to speak at the White House Press Correspondents Dinner in 1997. He could have played it safe, especially considering it was around the time of the Monica Lewinsky scandal, as well as Bill Clinton’s impeachment trial. Instead, Macdonald gets up and immediately starts making weed jokes at the former president’s expense.

Another cringe-worthy, but still hilarious, Macdonald moment was when he hosted the 1998 ESPY Awards, once again making a joke about O.J. during the event’s opening monologue, in addition to ripping apart so many people in the sports world. The jokes were often met with equal parts laughter and gasps, which made it all the funnier.

“Charles Woodson, what a season he had,” Macdonald said during the monologue. “He became the first defensive player to win the Heisman trophy. Congratulations, Charles, that is something no one can ever take away from you, unless you kill your wife and waiter, in which case all bets are off. Just a word of advice.”

Other times, Macdonald would flip the script and go against-type, such as the “Comedy Central Roast of Bob Saget,” in which his set was nothing but harmless “old dad” jokes. Or sometimes present jokes with an excruciatingly long setup, only to have a mundane punchline by the end. The joke wasn’t always the punchline, but evident in his delivery and ability to fool the audience by the way he told it.

Few were the times when Macdonald would come off as sincere and “uncomedic,” such as the time he performed nearly 10 minutes as the final featured comic on “Late Night with David Letterman” in 2015. Toward the end, Macdonald broke down into tears, telling the long-time late night host, who helped launch Macdonald’s standup career on TV in 1990, “I love you.”

Macdonald always challenged the medium when it came to topics like addiction, Adolf Hitler, homosexuality and anything that would be deemed “offensive and taboo,” especially with today’s trigger-happy Twitter culture ready to pounce on comedians just because they lack the sense of humor to “get it.”

Known as “comedy’s best liar,” Macdonald was also someone who always seemed to be acting out a bit, even if it was supposed to be a regular conversation. It only takes a simple dive into his YouTube videos as a guest on numerous late-night talk shows to see what I mean. Though his vast collection of sketches, shows and standup available at our disposal is a comedy well that never runs dry.

He was so naturally funny that even when the jokes didn’t land, he’d give a look, you’d hear his Norm voice and laugh anyway.

I mean, this is the same guy that made, “You guessed it, Frank Stallone” into a hilarious running gag, often using the Italian Stallion’s younger brother as a punchline to news segments during “Weekend Update,” even if the joke never really make sense. Although that was kind of the point, and why it’s still hilarious.

“Celebrity Jeopardy” was another widely-popular segment, especially among my classmates growing up. Everyone would quote those sketches, whether it was Darrell Hammond as the vengeful Sean Connery, Will Ferrell as host Alex Trebek or John Goodman as Marlon Brando.

Macdonald’s recurring Burt Reynolds character was always the funniest, and most-quoted of them all.

His stint with SNL might be his biggest legacy for many people, both as the host of “Weekend Update” and his many memorable characters. But he also had a lot of success after his firing in the late 90s, which produced some of his best material.

Whether it was his multiple TV Shows, the classic film “Dirty Work,” his podcasts, becoming a bestselling author or continuing his career as a standup on the stage, Macdonald never really stopped working and only got better as time went on. It’s shocking to look back over the last 10 years and realize he was suffering from cancer the whole time.

It was something he chose to suffer in secret, because in the end it was the jokes and laughter that mattered most. That is a very brave thing to do, because he chose to keep it secret for his fans, and for the sake of keeping the world smiling, which was, in the end, his ultimate purpose.

Macdonald was also someone who strived to get people to think, whether it was in finding comedy among tragedy or taboo subjects, poking fun at the societal elite or simply teaching others to not take themselves so gosh darn seriously. As long as you were laughing, he was doing his job.

And I can’t think of a time when I’ve listened to or watched anything Norm Macdonald has done without busting a gut. He was indeed a comedy treasure, an icon of the industry, which makes for a deep, deep loss for its community.

At least we have all the material, the videos and Macdonald media to go back to, and I’m sure he’s resting well knowing he made the world a funnier place. And I’m sure there will continue to be many more articles and testimonies to come from his fellow comedians and celebrities, all sharing stories about how he was the funniest person to be around, all the time.

I like to think it’s what Macdonald would have wanted most for his legacy, that he made people laugh in ways nobody had before, or since.

McConnell was not shocked by Trump’s 2020 loss, said there were ‘so many Maalox moments’ during his presidency: book

Who is Kimbal Musk? Inside Elon’s Brother Who is Under Fire at...