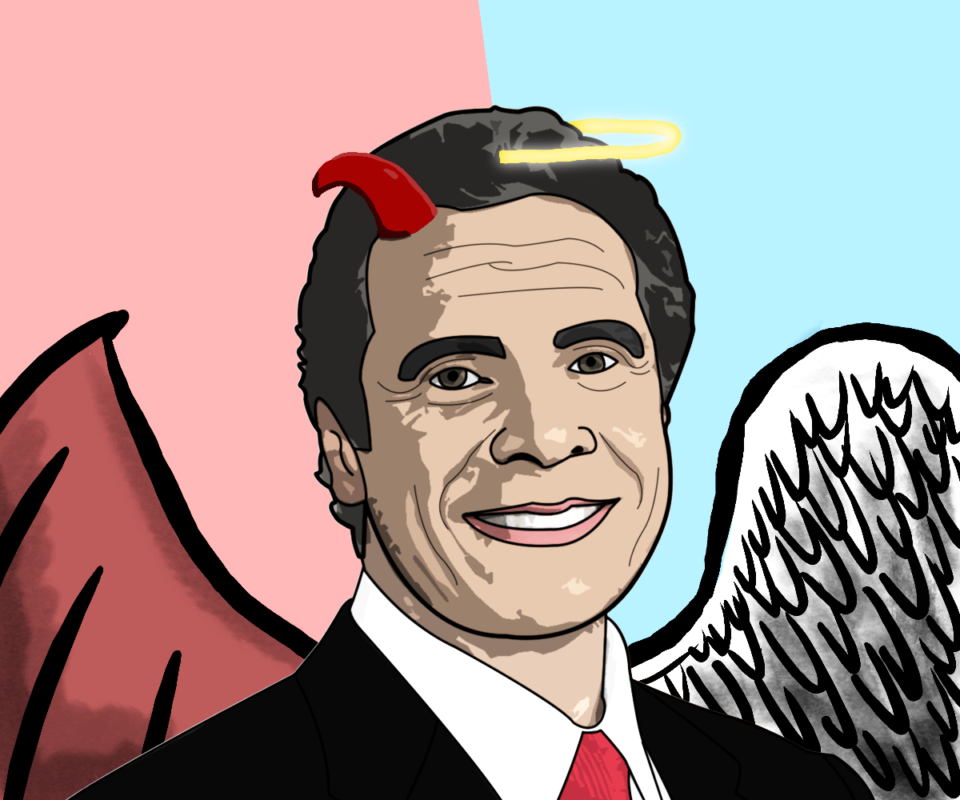 Over the past month, Gov. Andrew Cuomo of New York has faced multiple sexual harassment allegations and reports of inappropriate behavior. Additionally, his administration has been accused of misreporting the number of nursing home deaths in New York during the early stages of the pandemic. This combination of events is a decisive moment in Cuomo’s career, marking what will likely be his downfall after a period of national recognition for successfully curbing the spread of the pandemic in New York City during the spring and early summer of last year. It is imperative that Cuomo be held accountable for his actions; Cuomo is unfit for office, and lawmakers, regardless of political party, should call for his resignation.

The sexual harassment allegations against Cuomo emerged in a pattern similar to cases involving other politicians and men in positions of power: It starts with one, and then many more follow. It happened with Brett Kavanaugh: Only a week after Christine Blasey Ford alleged that Kavanaugh assaulted her in high school, Deborah Ramirez, a college classmate of Kavanaugh’s, also stepped forward with an allegation. The #MeToo movement has enabled countless other survivors to step forward and finally be heard, yet in the case of Brett Kavanaugh, these serious allegations backed up by evidence were not enough to disqualify him from a seat on the Supreme Court.

In 2018, elected officials exercised a blatant disregard for the clear signs pointing to Kavanaugh’s unfitness that were unearthed during his confirmation hearings. To avoid replicating these injustices, the lawmakers of New York should push for one of two courses of action: Cuomo’s resignation or the acceleration of impeachment proceedings. The impeachment inquiry by the State Assembly has already begun and amounts to a radical move, considering the state of New York has not had an impeachment in more than 100 years. These measures, however, are fit considering the gravity of the situation. Even members of Cuomo’s own party, including Sens. Kirsten Gillibrand and Chuck Schumer, are calling for him to step down.

In response to multiple sexual harassment allegations, an impending impeachment trial and the loss of support from close political allies, Cuomo continues to deny all allegations and claims he does not intend to resign anytime soon. Cuomo isn’t fooling anyone; denying the accusations and dismissing calls to step down will not be enough to sweep these problems under the rug.

The turbulence in Cuomo’s governorship and exposure of cold truths did not end at multiple sexual harassment allegations. In fact, around the same time that many of these allegations surfaced, the Cuomo administration was accused of underreporting nursing home deaths by the thousands during the spring of 2020. The origins of the cover-up lie in criticisms surrounding a policy that required nursing homes to welcome back residents who had recovered from COVID-19 in the hospital. In contrast to the sexual harassment allegations which he vehemently denies, Cuomo admits to his part in this scandal, stating that it was a calculated political move.

The truth is that Cuomo lied to his constituents and tried to deceive the country with curated, exaggerated depictions of his administration’s efficacy in containing the spread of COVID-19 during one of the darkest moments of the pandemic in the United States. At the time, Cuomo was gaining national recognition for his daily press conferences, organized pandemic plans and commitment to containing the spread of the virus. #PresidentCuomo was trending on Twitter, and New York City was able to bring new daily case numbers down to under 1,000 for most of the summer months in 2020. I, like many other New Yorkers, looked to Cuomo for hope and reassurance during an unprecedented and frightening time. While so much was still unknown about the pandemic, Cuomo offered robust plans and demonstrated leadership unlike anything coming from the Oval Office at the time.

Unfortunately, the recent scandals largely overshadow any praise or respect for Cuomo that so many New Yorkers previously held. His dishonesty during one of the most devastating parts of the early pandemic fractures the trust and goodwill that he fostered with many New Yorkers. Considering we are poised at a potential turning point in the pandemic, with over 3 million vaccinations administered in New York City, trust in leadership is essential. We cannot allow someone who comments on female coworkers’ wedding rings, looks down their shirts, makes comments about their looks and gropes one of his aides to continue to be viewed as a hero for New York. We cannot allow him to hold positions of power or lead at all.