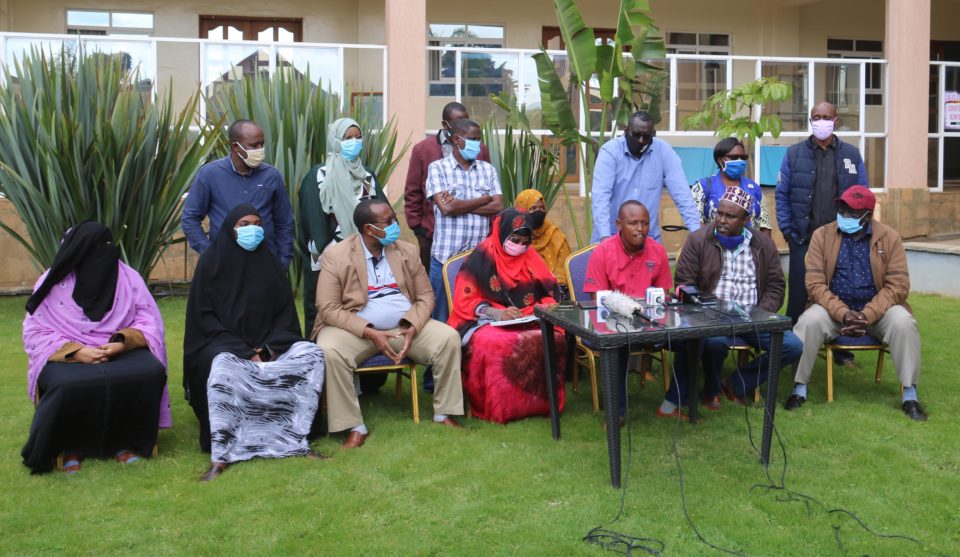 Fifteen MCAs from Isiolo County have denied claims that an impeachment motion against Governor Mohammed Kuti had been tabled at the county assembly.

Led by County Assembly Majority Leader Isaak Fayo, the MCAs said that social media has been awash with claims that a motion to impeach the governor would be debated soon.

Speaking Sunday at Three Steers Hotel in Meru County where they were discussing county development matters, the MCAs claimed they are being pressured by MPs from the region to push for Dr Kuti’s impeachment, but only two supported the idea.

Mr Fayo said the falling-out between leaders from the county has heightened tensions, threatening service delivery.

The Kinna Ward representative pointed out that for an impeachment motion to be tabled, it would require signatures of at least six MCAs, which cannot be attained at the moment.

“There are 17 MCAs in the assembly and as you can see, we are 15 here. There is an issue in the air, about a pending impeachment motion of Isiolo Governor Mohammed Kuti. We are shocked that this thing is with the public when it is not with us. As of now, there is nothing like impeachment,” he said.

The MCAs said the disunity among leaders is affecting the clamour for resources and service delivery that requires input from the Isiolo MPs.

Mr Fayo said they have been pushing for the arming of the police reservists to end incidents of cattle rustling and banditry.

“I appeal to national leaders to concentrate on the issue of dwindling standards of education, Kerra roads and insecurity.

Isiolo County Assembly Deputy Speaker David Lemantile accused local MPs of shifting blame to the county government for roles that are the responsibility of the national government.

He cited some of the national government roads that are in poor state and which residents want attended to.

He called for issuance of title deeds, saying majority of the residents do not have the vital documents.

“We are very alert on our oversight roles and we are keen to bring development. We have not been pocketed to stop any impeachment, it is not even on our minds. We are disappointed that we are left to scramble for the little resources from the county government,” said Mr Lemantile.

Nominated MCA Jillo Mumina Konso said MPs are fighting the county government for selfish reasons and asked them to work with the ward reps.

She mentioned issues like high school dropout rate, early marriages, radicalisation and prostitution in Isiolo which she said are as a result of unemployment.

“We at one moment invited the Isiolo senator to come and assist us in what we are doing. To our dismay, as we are busy doing our role as leaders, we only hear of allegations of impeachment,” said Ms Mumina.

She said they have passed many laws at the county assembly which have benefited the residents.

Republicans have been skipping House Intelligence meetings for months

HC judge indicted for ‘misconduct’ will retire without impeachment as Modi govt...

If the Deep State hates Trump, why aren’t more officials speaking out...