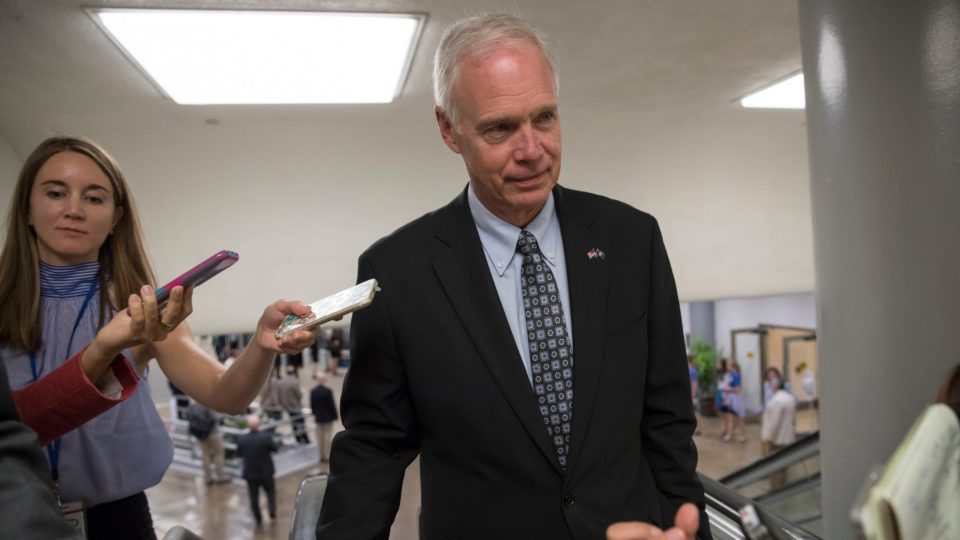 Senate Republican Ron Johnson of Wisconsin released an 11-page “open letter” Monday defending his ongoing investigations of Joe Biden, his son and the Obama administration, and claiming that Democrats and the media are attacking his committee’s work out of an “almost maniacal devotion to ending the Trump presidency.”

The Wisconsin senator, who has been accused by Democrats of serving the interests of Russian propaganda, vowed to plow ahead in the face of what he called “despicably false” attacks and a “coordinated disinformation campaign” aimed at marginalizing his findings.

As chairman of the Senate Committee on Homeland Security and Governmental Affairs, Johnson has been leading two investigations of Democrats that are unfolding in the middle of the fight over President Donald Trump’s re-election bid.

One involves the origins of special counsel Robert Mueller’s investigation, which the senator contends in his letter tormented the Trump administration based on a “false narrative.” Johnson announced Monday he has issued his first subpoena in that inquiry, asking FBI Director Christopher Wray for records related to the bureau’s probe into Russian meddling in the 2016 election.

The other investigation is into President Trump’s Democratic opponent, former vice president Biden, and his son Hunter. Republicans have claimed that Biden as vice president influenced US policy toward Ukraine because his son was on the board of a Ukraine energy company, Burisma.

Democrats call that claim baseless, and in turn have accused Johnson of going after Biden in an effort to bolster the Trump campaign.

“Many in the media, in an ongoing attempt to provide cover for former Vice President Biden, continue to repeat the mantra that there is ‘no evidence of wrongdoing or illegal activity’ related to Hunter Biden’s position on Burisma’s board. I could not disagree more,” Johnson wrote in his letter, while accusing the media of trying to “circle the wagons around Biden” out of hostility to Trump. Johnson was also a critic of media coverage of the Mueller investigation and Trump impeachment fight.

“Now many of the same players that engineered a special counsel and impeachment against President Trump are brazenly teaming up again with a different target in mind: me. They are using the same tired old canard of Russian interference,” said Johnson in the letter.

Democrats in Congress have assailed the Johnson investigations.

A Democratic group called the “Congressional Integrity Project” has targeted Johnson in ads and public statements, including a full page ad in the Journal Sentinel Sunday. The group has accused Johnson of advocating policies that increased his personal wealth and shirking his committee’s proper oversight responsibilities in favor of politically motivated investigations. The group cited a report on congressional oversight hearings by the nonpartisan Lugar Center in Washington D.C. that gave Johnson’s committee and several others in the Senate a grade of “F.”

The Biden campaign has accused Johnson of facilitating a “foreign influence operation to undermine our democracy.”

In his Monday letter, Johnson said such accusations were based on falsehoods about his investigation, saying  “it is neither me, (Finance) Chairman (Charles) Grassley, nor our committees that are being used to disseminate Russian disinformation,” and likened himself to Trump as the object of false narratives about Russian collusion.

Johnson contended it is Democrats who are “doing Russian President Vladimir Putin’s work for him,” saying “Puppet masters in the Kremlin could not be more pleased at the political division and discord that has been driven by the resistance movement against President Trump.”

Our subscribers make this reporting possible. Please consider supporting local journalism by subscribing to the Journal Sentinel at jsonline.com/deal.

Woodward talks interviewing Trump in the midst of impeachment [Video]